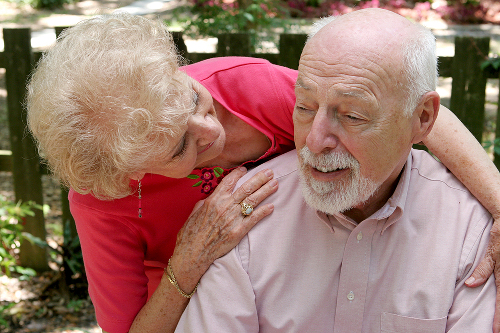 When I was in seminary, I knew a man who married a woman he did not know. He had met her once and did not find anything objectionable. Since his parents and her parents had arranged the marriage, he agreed to it. In India, where this couple was from, that’s the way it’s often done. Before you knock their system, think about the results of ours! A quarter of a century later, they’re still happily married, by the way.

In our system, most marriages, even Christian ones, are built on a foundation of romantic love and strong sexual attraction (and often involvement). All too often, after a few months or years with all the pressures of daily life, the romance has long gone, sex is infrequent and not too exciting, and other problems have escalated. About then someone new comes along who seems romantically interesting and sexy. So the marriage dissolves and the partners try again with someone else. The missing or weak element in this system is lifelong covenant commitment.

). These elements are implicit in the original marriage in the Garden of Eden, where it is said that the wife was a helper suitable for (or, corresponding to) the man and that the man would cleave to his wife and that the two would become one flesh. They were companions joined together by lifelong covenant. The covenant is the foundation on which the companionship develops, the fence by which it is protected.

In the New Testament, Paul explains that marriage is a picture of Christ and the church. God’s gracious covenant is the basis for our relationship with Him. It assures us that He will not cast us off if we fall short or displease Him. The covenant is what holds the relationship together even when feelings may not be strong.

I’m not advocating covenant commitment without romance in marriage. That would be a drab situation. I am arguing that the covenant commitment is the basis for working on romance and companionship in marriage. The covenant is the glue that holds it together while the feelings fluctuate, as inevitably they will. The biblical command is not, “Men, marry your lovers,” but rather, “Husbands, love the woman you married.” The love is worked out on the foundation of the covenant.

This means that if a married couple says, “We don’t love each other any more,” the biblical response is, “Start working on it.” You are joined together by covenant before God for life. In that context, you can work at loving your covenant companion. Like a fire on a cold winter night, love must be tended and fed to keep burning.

A few years ago, Robertson McQuilkin resigned as President of Columbia Bible College and Seminary after 22 years there. His reason? To care for his wife, Muriel, who was suffering from Alzheimer’s disease. He could have put her in an institution, and many of his trusted, godly friends urged him to do this. But when it came time to make the decision, he was firm in his resolve to stand by his wife, even though it meant giving up his career and ministry. “She is such a delight to me. I don’t have to care for her, I get to,” he said. He explained further, “It was a matter of integrity. Had I not promised, 42 years before, ‘in sickness and in health … till death do us part’? This was no grim duty to which I stoically resigned, however. It was only fair. She had, after all, cared for me for almost four decades with marvelous devotion; now it was my turn. And such a partner she was! If I took care of her for 40 years, I would never be out of her debt.”

Dr. McQuilkin was startled by the response to his announcement to resign. Husbands and wives renewed their marriage vows, pastors told the story to their congregations. It was a mystery to him until an oncologist friend, who lives constantly with dying people, explained, “Almost all women stand by their men; very few men stand by their women” (Christianity Today, October 8, 1990, pp. 39, 40).

In February we observe Valentine’s Day, which is all about romance. Maybe we need to think instead about love--biblical love, covenant love. After all, covenant love is God’s love. In our marriages, it must be the cake. Romance is the icing.

Verse of the Day