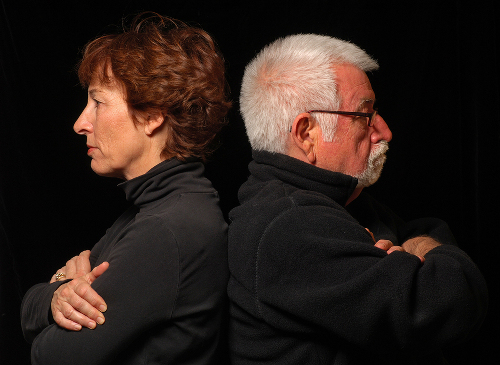 I once served on a jury for a drunk driving case in California. The defendant, a woman in her early twenties, was driving with a blood alcohol level measuring .20. At that time, the law stated that .10 and over was too drunk to drive. The judge gave us explicit instructions. We were to set aside our personal opinions about drinking. We were not to base our decision on whether we liked the young woman or not. We were to decide, "Did this woman violate the state law that prohibits driving when your blood alcohol level is .10 or higher?" Duh! It seemed like a cut and dry case. The woman was twice the legal limit!

I was shocked when we got in the jury room. One guy piped up, "I can drink that much and drive safely. I think she's innocent." Others nodded understandingly. As the discussion proceeded, I was horrified that no one was going by the standard of the law. Everyone was deciding what was right based on how they felt about drinking and about the young woman (most felt sorry for her). It took another juror and me almost three hours to convince everyone of what was obvious, that this woman was guilty of violating the law.

But even then we had one holdout. She said that she could never vote "guilty" because she believed in the principle, "Judge not, lest ye be judged." Her maxim, "Judge not" (wrongly taken out of context from Matthew 7:1

), is the current prevailing moral mood in our culture. Morality has become a matter of personal preference, much like your favorite flavor of ice cream. You may like strawberry, I prefer chocolate chip, but neither is right or wrong. It's just our different preferences. You may like having promiscuous sex, I prefer monogamy, but, hey, to each his own! But for me to say that your sexual behavior is wrong—goodness, that's being judgmental—Gasp! Our chief American virtue now is tolerance, defined as never passing moral judgment on anyone's behavior.

This non-judgmentalism has gone to ridiculous extremes. A college philosophy professor recently said that ten to twenty percent of his students are reluctant to make moral judgments, even to say that the Holocaust was wrong! One student told him, "Of course I dislike the Nazis, but who is to say they are morally wrong?" (reported in Reader's Digest, February, 1998, p. 75). If this kind of thinking continues, we won't be able to convict mass murderers who were videotaped killing their victims, let alone drunk drivers!

Those who reduce morality to a matter of personal preference have not done away with moral absolutes. They have simply replaced the moral absolutes in the Bible (which used to govern our American moral and judicial systems) with their own. They have a hodgepodge of quirky moral standards that they use to judge those who do not conform. For them, judgmentalism is always a sin, tolerance always a virtue. It's okay to kill unwanted babies or terminally ill patients, but it's wrong to kill animals, even for food. It's okay to have any form of sex you want with as many partners as you want, even if it promotes the spread of deadly disease, but it's wrong to encourage school children toward abstinence until they commit to a monogamous marriage. The bottom line is, their politically correct views are absolutely right, but anyone who dares challenge those views as being wrong is intolerant and therefore absolutely wrong.

If morality is not a matter of personal preference, how then do we establish what is right and wrong? Let me leave you with one profound statement from the Bible that you must not shrug off: "[God] has fixed a day in which He will judge the world in righteousness through a Man whom He has appointed, having furnished proof to all men by raising Him from the dead" (Acts 17:31

). If you can prove that Jesus is not risen from the dead, then you're free to cast off His moral standards. But if He is risen, then He will someday judge you by His righteous standards if you do not turn from your sin and trust in Him. (See the Sermon on the Mount for an example of His righteous standards.) It behooves you to figure out before that day which it will be!
Next Article >
plg_search_media
Search - ZOO
Search - Categories
Search - Contacts
Search - Content
Search - Newsfeeds
Search - Weblinks

Verse of the Day