Below are the articles written by Steven J. Cole, pastor at Flagstaff Christian Fellowship.

Someone gave me a coffee mug for Christmas that has a picture of John Calvin and a quote from the great Reformer: “A dog barks when his master is attacked. I would be a coward if I saw that God’s truth is attacked and yet would remain silent.”

Please allow me to bark! James White does an admirable job of defending the truth in his part of Debating Calvinism, but Dave Hunt throws out so many errors in his sections that White can only pick the most flagrant ones to respond to.

Baptism is an important topic that also arouses much controversy and confusion. The decisive issue is, what does the Bible teach? I want to answer from the Bible some common questions about baptism. If you have a different understanding, I simply encourage you to study the Bible for yourself to see what it teaches (see Acts 17:11

). Scripture alone, not church tradition, is our authoritative standard.

1. Why is baptism important?

It's fascinating when engineers strategically place explosives and then set them off so that an old skyscraper collapses into a heap of rubble. With the Christian faith, you only have to set the explosives at one point: Blow up the resurrection of Jesus and the whole thing comes tumbling down.

That's what the apostle Paul said. If you can blow up this one thing, you totally destroy Christianity. That foundation is the bodily resurrection of Jesus Christ from the dead. Paul said, "If Christ has not been raised, then

"It would be political suicide to give that speech," said an aide to his boss. "He's right, Senator," chimed in another aide. "It's just one clear-cut statement after another."

When I was in seminary, I knew a man who married a woman he did not know. He had met her once and did not find anything objectionable. Since his parents and her parents had arranged the marriage, he agreed to it. In India, where this couple was from, that’s the way it’s often done. Before you knock their system, think about the results of ours! A quarter of a century later, they’re still happily married, by the way.

In our system, most marriages, even Christian ones, are built on a foundation of romantic love and strong sexual attraction (and often involvement). All too often, after a few months or years with all the pressures of daily life, the romance has long gone, sex is infrequent and not too exciting, and other problems have escalated. About then someone new comes along who seems romantically interesting and sexy. So the marriage dissolves and the partners try again with someone else. The missing or weak element in this system is lifelong covenant commitment.

Last Sunday at church your parents told me of your wedding plans. Being in love and looking forward to marriage is an exciting time in life. I can imagine your hopes as you look to the future.

Your parents told me that your fiancé is a considerate, well-mannered gentleman with a promising career ahead of him. Knowing you, I am sure that he must have many fine qualities. I am concerned, however, because your parents also mentioned that he has not trusted Christ as his Savior. You know that I care deeply about you. I’m taking the time to write because I want you to experience God’s fullest blessing in your life.

(A fictional story about a minister who embraced the modern psychobabble culture and abandoned God's Word.)

As he eased his BMW along the freeway in the crowded morning traffic, Dr. David Shaw reflected on the stunning success of his ministry. Just fifteen years before he had been the pastor of a struggling little church that wasn't growing. And Dave had a nagging feeling that somehow his message wasn't quite what people needed.

Then he had stumbled onto the idea that had made him famous. Although he had never told anyone, he had seen it in a women's magazine while he was waiting to get his hair cut. The author was a successful young woman who had broken free from a restrictive religious upbringing. She had always felt put down as a child. But then a college professor had told her that she saw great potential in her if she would just believe in herself and act with more self-confidence. It had worked wonders for her!

A couple of years ago, around the time of her sixteenth birthday, my middle daughter said to me, "Dad, do you remember how you used to take each of us somewhere special for our birthday, just time alone with you?" I remembered, of course. Not every year, but on three or four of the kids' birthdays, I had set aside a Saturday, or sometimes a Friday night through Saturday night, where just

Helen Keller, born blind and deaf, wrote, “I have always thought it would be a blessing if each person could be blind and deaf for a few days during his early adult life. Darkness would make him appreciate sight; silence would teach him the joys of sound.”

Her words lead me to ask, Do we truly appreciate each day as God’s gracious gift to us? Are we filled with gratitude for the many blessings He gives us? It’s so easy to slip into a grumbling, negative attitude, frustrated by the problems and irritations we face, not seeing even these things as sent from the hand of a loving God. As His redeemed people, our lives should daily overflow with gratitude for His gracious salvation, even in the midst of trials (see Col. 1:10-12

I sat staring at my computer screen for over an hour, trying to think of some warm, fuzzy thoughts on the holidays for this issue of our church newsletter. I’m sorry to disappoint some of you, but I’m just not a warm, fuzzy holiday sort of person. I truly hope you have a wonderful Thanksgiving, Christmas, and New Year, but I often feel that articles on those themes tend to evoke wide yawns. If that’s not true for you, I’m sure you can find lots of warm, fuzzy articles in other publications you receive.

It’s not warm and fuzzy, but an issue that continues to be on my heart (I wrote about it in a newsletter article earlier this year) is the current push toward Christian unity. I received something today that informed me that it is indefensible if our church does not cooperate with other churches and ministries. If the proper biblical and theological parameters are added to that statement, I would agree. But it’s the blanket statements to the effect that we must drop all denominational and doctrinal differences and work together that concern me. 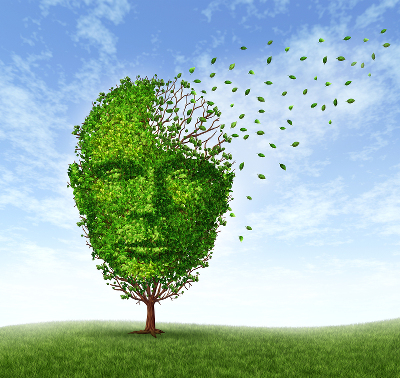 On March 24, 1974, the day after our wedding, my wife, Marla, and I rented a rowboat at Lake Arrowhead, California. Being a cheapskate, my intention was to rent the boat for only one hour. I planned to row out into the lake for about 20 minutes, sit and bask in the presence of my bride for about 20 minutes, and row back in time to avoid the charge for the second hour.

When I got to the point where I planned to sit for 20 minutes, I lined myself up with two separate points on shore to make sure I wasn’t drifting too far from my spot. Every so often, I rowed back to where I thought the two points lined up. But when it was time for the 20-minute row back to the rental place, I was in for a surprise. I discovered that in spite of my precautions, we had drifted much farther out into the lake than I had thought. To get us back to shore in time, I had to row like an Olympic crew member!

The Life and Times of John Calvin

In my spiritual life, the men who have helped me the most possess two qualities: solid biblical scholarship and a fervent heart of devotion for God. Some are impressive Bible scholars, but they are like spiritual dry toast. These men could look at a picture of a beautiful mountain scene and criticize the technical skill of the photographer, while missing the dramatic beauty of the picture. To use another analogy, they are like builders who spend all their time on the foundation or looking at detailed blueprints, but they never get the whole thing built so that they can stand back and enjoy its beauty and function.

On the other hand, there are those who are fervent in their love for Jesus, but their doctrine is so shallow that you’re not sure if they know much at all about who Jesus really is.

President Clinton has voiced his opinion that abortions should be "safe, legal, and rare." I hope the American public can see this for what it is: Rhetoric. Webster's Ninth New Collegiate Dictionary defines rhetoric as "insincere or grandiloquent language." In case "grandiloquent" is not a familiar word, it means that which is marked by "lofty or pompous eloquence: BOMBAST." And, "bombast" is "pretentious inflated speech or writing." You get the idea--we're listening to a president who mouths misleading

During a class in my final year in seminary, Dr. Howard Hendricks said something that jumped out and grabbed me for life: “Two factors will have the greatest impact on where you find yourself ten years from now: the books you read and the friends you make. Guard them both very carefully!”

That was many years ago. I got to thinking about what, apart from the Bible, has most influenced my Christian life. I concluded that it is reading Christian biographies—the lives of the saints, as some call it. The people I have read about have become my friends, even though I won’t meet them personally until I get to heaven. Hendricks was right: the friends I have made through the books I have read have had a profound impact on my life.