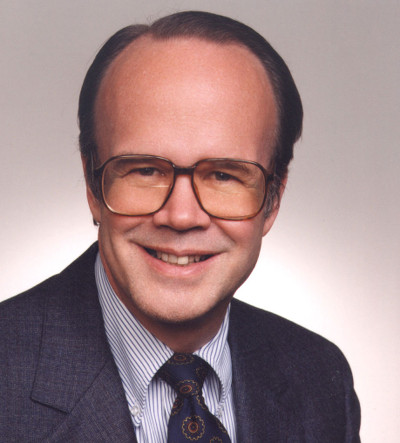 James Montgomery Boice, Th.D. was a Reformed theologian, Bible teacher, and pastor of Tenth Presbyterian Church in Philadelphia from 1968 until his death. He is heard on The Bible Study Hour radio broadcast and was a well-known author and speaker in evangelical and Reformed circles.

James Montgomery Boice (1938-2000) was a successful inner city pastor and articulate spokesman for the Reformed faith in America and around the world. He was the pastor of Philadelphia's historic Tenth Presbyterian Church (1968-2000) and his teaching continues to be aired on The Bible Study Hour radio and Internet broadcast.

He also served as Chairman of the International Council on Biblical Inerrancy for over ten years and was a founding member of the Alliance of Confessing Evangelicals.

He founded the Alliance of Confessing Evangelicals in 1994, initially a group of pastors and theologians who were focused on bringing the 20th and now 21st century church to a new reformation. In 1996 this group met and wrote the Cambridge Declaration.

Dr. Boice was a prodigious world traveler. He journeyed to more than thirty countries in most of the world's continents, and he taught the Bible in such countries as England, France, Canada, Japan, Australia, Guatemala, Korea, and Saudi Arabia. He lived in Switzerland for three years while pursuing his doctoral studies.