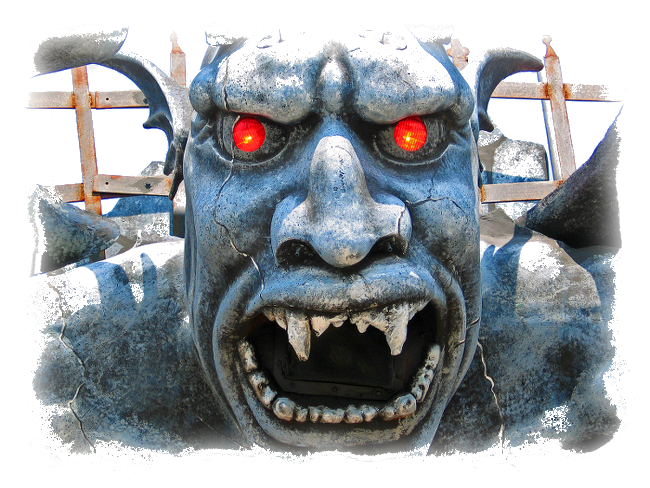 A question I frequently ask people is, “If you were to die and stand before God and He said, ‘Why should I let you into heaven?’ what would you say?” Most people recognize that it’s a crucial question!

The answer I most frequently hear goes like this: “I’ve tried to do the best I could. I’ve never hurt anyone intentionally. I’ve been a pretty good person.” In other words, basically decent people will get into heaven. Only really bad people--thieves, prostitutes, and murderers--will go to hell.

There’s a “slight” problem with this common notion: It is totally opposed to what Jesus taught! In Matthew 9:12-13

Jesus said, “It is not the healthy who need a doctor, but the sick.... For I have not come to call the righteous, but sinners.”

Jesus spoke these words to the religious crowd--to the “good” people of His day. These folks were at “church” every time the door opened. You could set your watch by their prayer times. They tithed not only their money, but even their table spices. We’re talking outwardly good people!

What sparked the confrontation between them and Jesus was that Jesus had attended a dinner party thrown by a crook and attended by the crook’s unsavory friends. These people never darkened the door of a church. They didn’t even pretend to be good people. To make matters even worse, Jesus had just invited the crook to be one of His disciples, and the guy had accepted the offer! The religious folks thought that it was wrong for Jesus to offer God’s forgiveness to such riffraff. Let them clean up their act first!

When Jesus said, “It is not the healthy who need a doctor, but the sick,” He was not implying that the religious crowd was acceptable before God and didn’t need the forgiveness of sins He came to provide. Rather, He was getting at the point that there’s one thing worse than being sick, namely, being sick and thinking you’re well! Then you won’t go to the doctor for the cure. At least the crooks knew they were spiritually terminal. By confessing their sinfulness and by accepting God’s cure (His undeserved mercy through Jesus), they were made well. But those who thought they were spiritually well were terminal without knowing it.

Some years ago in a church in England, the pastor noticed that a former burglar was kneeling at the communion rail beside a judge of the Supreme Court of England, the very judge who, years before, had sentenced the burglar to seven years in prison. After his release the burglar had been converted to Christ and had become a Christian worker.

After the service, as the judge and the pastor walked home together, the judge asked, “Did you see who was kneeling beside me at the communion rail?” “Yes,” replied the pastor, “but I didn’t know that you noticed.” The two men walked on in silence for a few moments, and then the judge said, “What a miracle of grace!” The pastor nodded in agreement, “Yes, what a marvelous miracle of grace!”

The judge replied, “That burglar knew how much he needed Christ to save him from his sins. But look at me. I was taught from childhood to live as a gentleman, to keep my word, to say my prayers, to go to church. I went through Oxford, took my degrees, was called to the bar and eventually became a judge. Pastor, nothing but the grace of God could have caused me to admit that I was a sinner on a level with that burglar. It took much more grace to forgive me for all my pride and self-righteousness, to get me to admit that I was no better in the eyes of God than that convict whom I had sent to prison.”

Jesus taught that good people don’t go to heaven because their pride keeps them from admitting their need for a Savior. The only ones who go to heaven are those who see their sinfulness before a holy God and cry out to Him for mercy. What will you say when you stand before God? Are you hoping to get into heaven by your goodness? Jesus didn’t call “the righteous”! Is your hope in God’s grace toward sinners through Jesus Christ? You’re in!