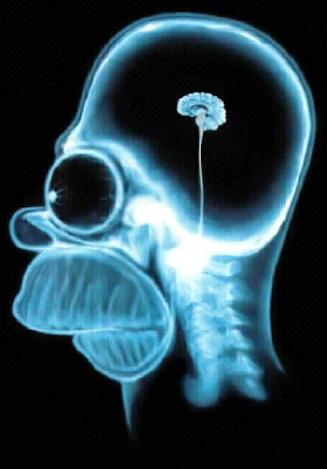 (A fictional story about a minister who embraced the modern psychobabble culture and abandoned God's Word.)

As he eased his BMW along the freeway in the crowded morning traffic, Dr. David Shaw reflected on the stunning success of his ministry. Just fifteen years before he had been the pastor of a struggling little church that wasn't growing. And Dave had a nagging feeling that somehow his message wasn't quite what people needed.

Then he had stumbled onto the idea that had made him famous. Although he had never told anyone, he had seen it in a women's magazine while he was waiting to get his hair cut. The author was a successful young woman who had broken free from a restrictive religious upbringing. She had always felt put down as a child. But then a college professor had told her that she saw great potential in her if she would just believe in herself and act with more self-confidence. It had worked wonders for her!

The words had jumped off the page at him – Believe in herself! As Dave had thought about it, he realized that he was perpetuating the kind of thing that the woman had grown up under – negative preaching that always confronted people with their sinfulness. No wonder people weren't flocking to hear him preach!

As he reflected further he had to admit that he didn't really like what he preached. He had grown up under it, too. As a dutiful son, he had gone into the pastorate to do what was supposed to be done. But his approach didn't seem to be working.

At first it didn't gel. But then he hit on his theme: "Believe in You Ministries!" He got it from John 14:1

, where Jesus told his disciples, "You believe in God, believe also in Me." Dave had thought, "God wants us not only to believe in Him and in Jesus, but to believe in ourselves, too, because He believes in us enough to die for us."

So he began a subtle shift in his approach. He started preaching on passages that were more uplifting. People had great potential if they would just recognize it and start believing in God and in themselves. "God doesn't want you dumping on yourself! That's where true success begins."

A few disgruntled old timers left the church, but a lot of new young families began coming. Finally, the church was growing! It felt good to succeed for a change.

Then Dave had written the article for Living Faith magazine. He never dreamed how it would hit a nerve. Dozens of positive responses flooded the magazine. And, to his surprise, an editor at Reader's Digest had seen it and wanted to run a condensed version!

From there things had snowballed. A leading Christian publisher approached him for a book contract. The book was an immediate best-seller, even in secular bookstores. A nationwide Christian television network invited him to come to several talk shows and then offered him his own show. People started flooding into his church, so that the church had to buy new property and build a 5,000 seat auditorium. The rest was history.

Dave jolted back to the present as he pulled into the crowded church parking lot. Two thousand ministers from all over the world had gathered for his "Believe in You" leadership seminar. Dave pulled into his reserved parking spot, adjusted his tie and went in the side door to avoid the crowded main entrance.

Before he could check in with his secretary, two nationally prominent pastors stopped him to shake his hand and exchange greetings. They each had brought their entire church staff and were raving about how the conference had liberated their ministries.

Twenty minutes later Dave was seated on the stage waiting to deliver his final challenge. Dave scanned the audience. There were many young American pastors, of course, including quite a few women. Also there were about twenty African pastors who had come on the scholarships Dave had been able to provide through a wealthy donor. A good number of pastors from the Far East sat together in another section.

Dave's executive associate introduced him. As he approached the podium and the applause died down, out of the corner of his eye Dave saw him stand up just before he heard him. A radicallooking guy with a beard was on his feet, shouting to everyone in the auditorium!

Dave froze for a brief moment. By the time he had hit the switch under the podium signaling the ushers, they were already headed for this Looney Tune. It took them a minute – that seemed like an hour – to get him out of the auditorium, while he continued to shout his anathemas.

Dave could feel the tension in the audience. He tugged at his collar and joked, "I assure you that he was not a planned part of the conference!" Laughter rippled across the expansive room and died down. "I think he must have taken a wrong turn from the fundamentalist conference on the other side of town!" They roared.

Dave relaxed. He knew they were still on his side. He launched into his final message, "Who is Adequate? You Are!" based on 2 Corinthians 2:16

. From their radiant faces and the enthusiastic responses afterward, he knew that the conference had been a success in spite of the crazy guy with the beard.

A couple of hours later as Dave pulled out of the parking lot he thought, "I wonder who that nut was, anyway? Probably thought he was Elijah or something." Then it hit him: He was probably just a struggling, frustrated pastor like he himself had been fifteen years before. "Poor guy! He must really be churning inside to get up in public and do a dumb thing like that. He'll never build a growing church if he doesn't change."

Dave popped a CD into the slot and enjoyed the soothing sounds as he thought, "It's great to enjoy God's blessing on my ministry after years of being where that poor guy is!" Then he whispered out loud, "Lord, help him to see the light!"

"For even Satan disguises himself as an angel of light. Therefore it is not surprising if his servants also disguise themselves as servants of righteousness." (2 Corinthians. 11:14-15, NASB)
< Previous Article Next Article >
plg_search_media
Search - ZOO
Search - Categories
Search - Contacts
Search - Content
Search - Newsfeeds
Search - Weblinks